In its humble beginnings, King Stingray was just a do-it-yourself challenge – a couple of mates stewing up hot tunes in an equally hot part of the Northern Territory bush.
Now, less than a year since they dropped their hooky debut single, Hey Wanhaka in October 2020, these five Yol?u (Aboriginal) and balanda (non-Indigenous) lads from north-east Arnhem Land and Queensland have become one of Australia’s hottest new acts.
In August 2021, King Stingray took out the enviable title of #1 Most Played Australian Track on triple j, for their accidental lockdown anthem, Get Me Out.
It came off the back of an impassioned triple j Live at the Wireless set in May (watch it here: abc.net.au/triplej/live-at-the-wireless/king-stingray-live-at-the-wireless/13364098).
Mixing ancient Yol?u manikay (songs) and bi?ma (clapsticks) with hot electric guitars and searing lyrics, King Stingray have spent the past year dodging COVID-19 restrictions to wow crowds along the eastern states, with tour highlights including Dark Mofo in Hobart, Splendour In the Grass XR, and completely selling out their first ever tour in March/April 2021.
King Stingray has one foot planted in history, and one firmly in the future.
Frontman Yirri?a Yunupi?u and guitarist Roy Kellaway have direct bloodlines running from Aussie rock royalty Yothu Yindi – the ARIA-winning legends who gave voice to the push for Aboriginal recognition with timeless tracks like Treaty, Tribal Voice and One Blood.
Yirri?a, whose name translates to ‘place of stingray’, is a young Gumatj clan songman from the seaside community of Yirrkala. He’s following in the footsteps of his pioneering uncle, Yothu Yindi founder Mandawuy Yunupi?u, who passed away in 2013.
“Dr Yunupi?u was a great man, a humble man, a knowledge man, and he’s a leader – sharing a message,” says Yirri?a. “Now we’re here to build a bridge for our generation, for our future, for the kids, just to do the same things as he was doing, and he’s been through.”
From the wilds of northeast Arnhem Land, King Stingray are just getting started. Keep track of the boys as they get ready to drop some more of Australia’s best new music in 2021.

END_OF_DOCUMENT_TOKEN_TO_BE_REPLACED

90s Back to Life – Dance Party 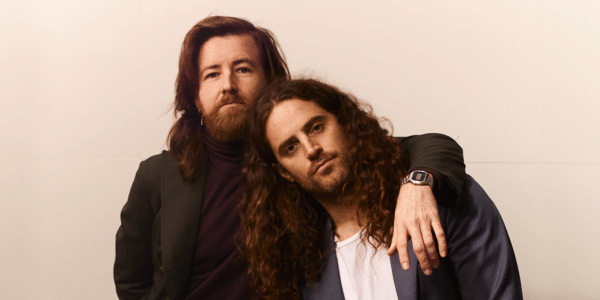 The Screaming Jets – All for One 30th Anniversary Tour